Today we are going to cover a 360 Kiteloop Transition. This is an advanced trick and it builds on the 360 video we did in this playlist. This is an extremely fun kiteboarding transition and is not as scary as you might think. You simply pop into a light backroll with no inversion. Like a hand drag, the kite swings across the window to keep you aloft. You then pull a kiteloop-and-a-half on the edge of the window. This pulls you the other direction. Nail this one and you’ll turn some heads on any beach.

Get your free PDF here

This is an advanced trick. You should know how to jump and do basic kiteloops. The backroll hand drag and the backroll hand drag transition are great skill builders for this trick as well. You must have all of these dialed before attempting this one. Even though you are looping at the edge of the window, you are still doing a kiteloop.

Come into this trick with a light pop and be subtle with sending the kite. You don’t want to come into this one too powered or the pop will toss you into a full backroll. Technically this is a backroll, but you are not doing the off-axis variation. You’re spinning a 360 with your feet dangling under you. Imagine you are doing an ollie on a wakeboard or a skateboard.

You can pop as soon as you start sending the kite. You don’t need to pull too hard on the bar either or you’ll get pulled forward.Everything should be a smooth send and jump. The kite should be at noon when you pull the bar in and initiate the pop.

You don’t need to get a ton of air on this one either. Many tricks call for getting lots of air and pulling your knees into your chest. This is not one of them.

Sheet the kite out

After you leave the water, you’ll want to sheet the bar out. This will stop the kite from pulling you too hard. As you’re sheeting out, the kite’s going to be traveling from the apex to the other side of the wind window. This loft period is when you will be doing your 360 spin. 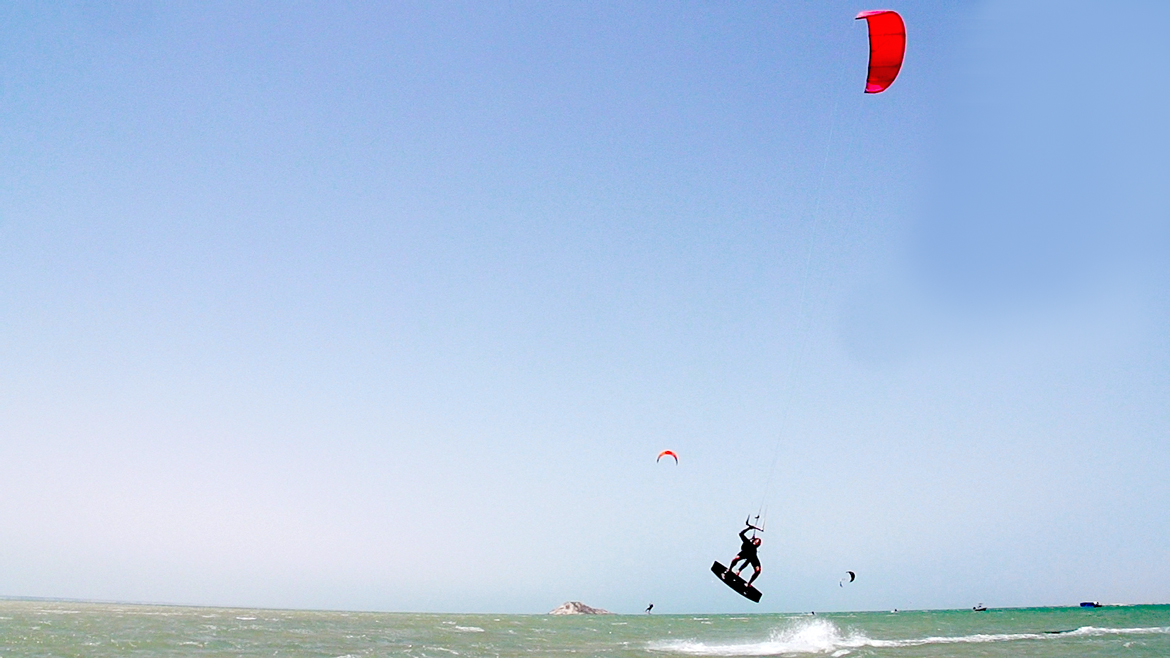 Step Three - Send the kite across the window

This is where learning how to do backroll hand drags and backroll hand drag transitions will help a lot. The kite movement here is the same. You’re swinging the kite across the sky above you and this motion is what will keep you aloft in the air.

You want to send the kite slowly on this one, so don’t steer too hard. This ties back into sheeting out on step two. It also helps to keep your hands on the middle of the bar on this one. If your hands are on the outside of the bar, you’ll have more leverage to move the kite faster.

Don't do a powered loop downwind

Step Four - Loop it at the edge

You want to loop this at the edge of the wind window,not downwind of you for a powered loop.

As the kite reaches the edge, you’ll want to pull hard and commit. This is the same as the loop used on a backroll hand drag. Yet another reason you’ll want to learn that trick first.

Now as this is a transition, you’ll want to do more than just a kiteloop. You’ll have to do an additional half loop to send the kite back the other direction so you can tack that way.

One tip is to move your hands when it reaches the edge of the window. You can slide your hands out and push on one side while pulling on the other. Be mindful not to loop early on this one. You really don’t want to do a proper kiteloop on this one. That would be intense. Keep it on the edge and loop it fast where there is less power.

Sheet out to catch yourself after the loop

After you complete the loop, sheet the kite out to send it back up to catch you. This is done while initiating the half loop redirection to complete your transition. Remember to land in an athletic stance with your shoulders & knees stacked over your ankles and board. If you end up looping it too hard, you’ll want to land downwind to take power out of the kite. Once you get your technique dialed, this is one of the few tricks where you can almost land right into your next tack.

Need help on these tricks?

Follow the guys on their adventures and shoot us a message. 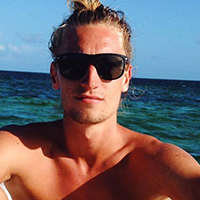 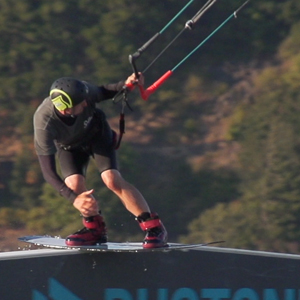 Many people dream of quitting their job, traveling the world and pursuing their   passions. Rygo is one of those people who pulled the trigger. A few years into his   career, he decided to change everything and travel as a kiteboarder, freelance   videographer & writer. His mission is to share the stoke & help people put the   boarding into their kiteboarding. Get outside and kite!