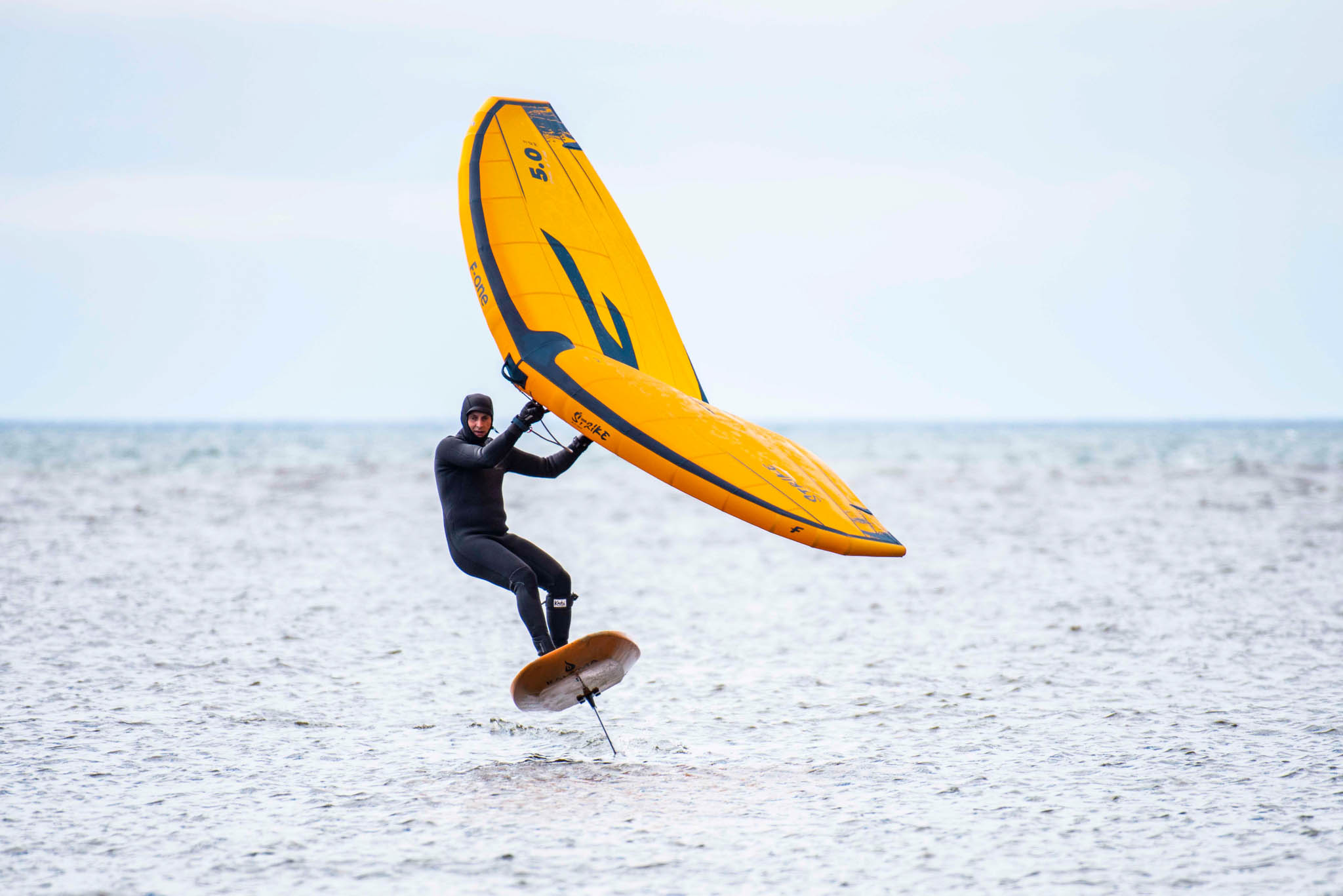 Welcome to the amazing world of wing foiling. In this article, we’ll try to address some of the basic questions that you may have as you’re getting started. Will it actually make you a better person? That part is up to you, my friend—but we certainly think so.

Is Wing Foiling Right For Me?

Wingfoiling is much more accessible than some other wind sports like kiteboarding, kitesurfing, and kitefoiling. Because of that, we’re finding a wide range of outdoor enthusiasts getting into the sport. While physical fitness will always benefit you no matter what you’re endeavour, wingfoiling doesn’t require herculean feats of strength. Think finesse.

Bear in mind that you’re definitely going to put in some work to get started. Once you’re past the initial learning phase, however, you’ll be cruising or chasing waves with relative ease.

What Gear Do I Need For Wing Foiling?

Wingfoiling encompasses three main pieces of equipment. An inflatable wing, a foilboard (like a small SUP), and foil set. The wing is used to harness the wind and power your sessions, similar to that of sailboarding or windsurfing. The boards are similar to that of a small stand up paddle board, or SUP.

Boards are sized to the relative weight of the given rider. Larger riders benefit from larger boards, while smaller riders will appreciate smaller boards. The board’s volume, measured in liters, is what gives you buoyancy and stability when learning to catch wind with your wing and stand up. Many riders find it easier to learn with a larger board, then graduate down to something smaller as they progress.

The foil set consists of a mast, fuselage, front wing, and rear stabilizer wing. Most foil sets are made of aluminum, carbon, or a blend of the two. The foil set mounts to the bottom of the wing foil board and will lift you up and out of the water as you pick up speed.

When Can I Go Wing Foiling?

Most people like to go wing foiling in winds upward of 15 knots or 17 mph, as it’s easier to get your board up on the foil when more wind is present. However, it will be interesting to see how things progress on the light-wind side of things. 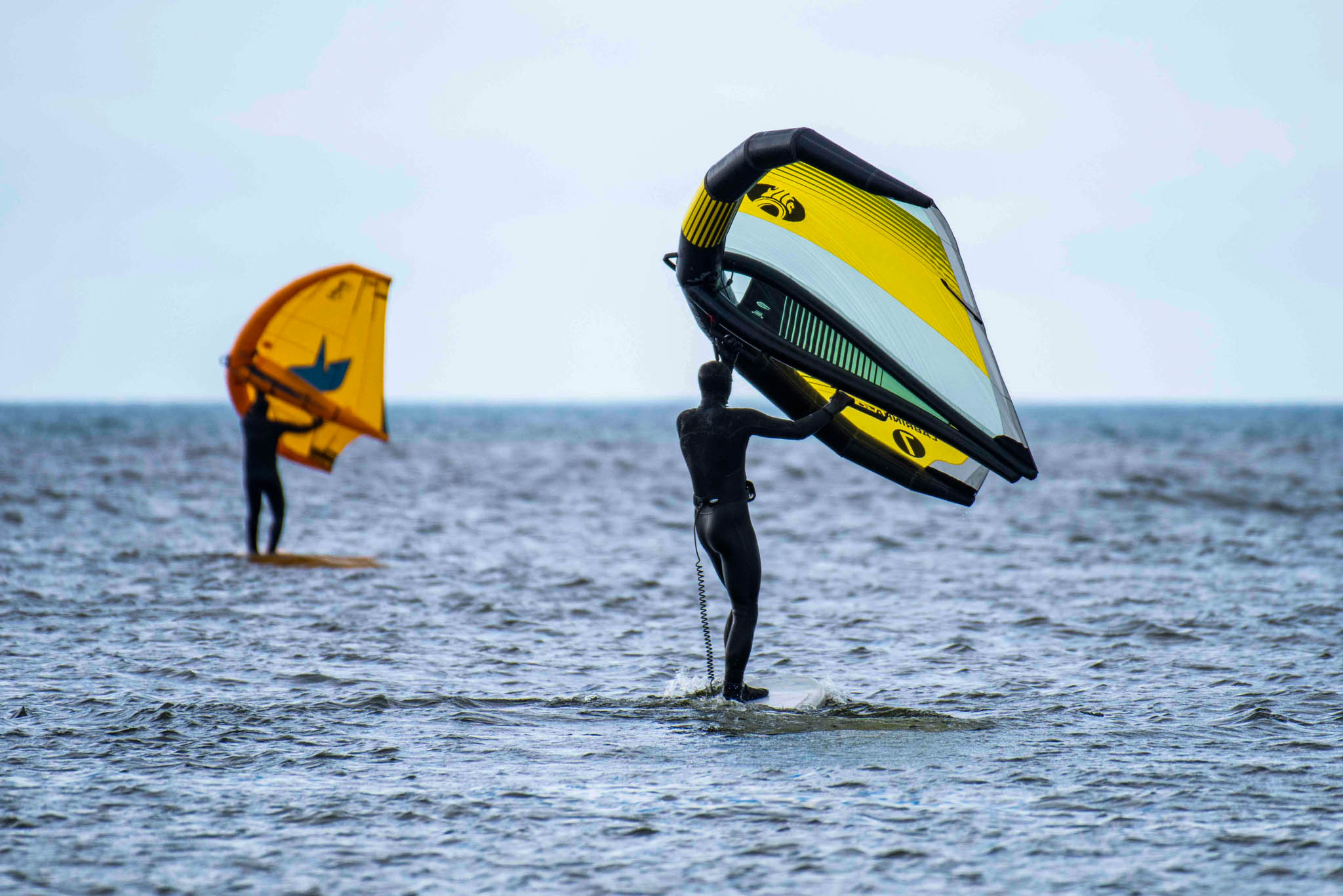 Where Can I Go Wing Foiling?

Wing foilers can ride in many more places than your typical kiteboarder. Just about any open body of water with a little bit of steady wind will suffice. Everywhere from coastal beaches, large rivers, inland lakes, and such. You also don’t need much room to pump up your wing and rig your board to ride. Crowded beaches, trees, and rocky shorelines are the bain of even the most diehard kiter. That’s no big deal at all for wing foiling.

The feeling you get when you’re flying over the water’s surface is almost unfathomable at first. It’s actually hard to describe to someone who hasn’t done it before. Much like snapping a photo of the Grand Canyon and showing it to someone. It can’t quite do proper justice.

Why Should I Get Into Wing Foiling?

“Foil-face” has been described as the big, goofy grin you get the first time you get up on a hydrofoil and take your first ride. Heck, I still get it all these years later. You’ll feel like a young kid taking your first ride on a pedal bike again.

Getting into wing foiling does not require lessons. How about that? As you may already know, kiteboarding all but necessitates a good lesson to get yourself properly dialed. With wing foiling, you can effectively learn the basics from watching the numerous YouTube videos on the subject.

Just make sure you get some proper guidance on wing, board, and foll sizing before you make the investment. Beyond that, you’re home free to get out there and get after it. 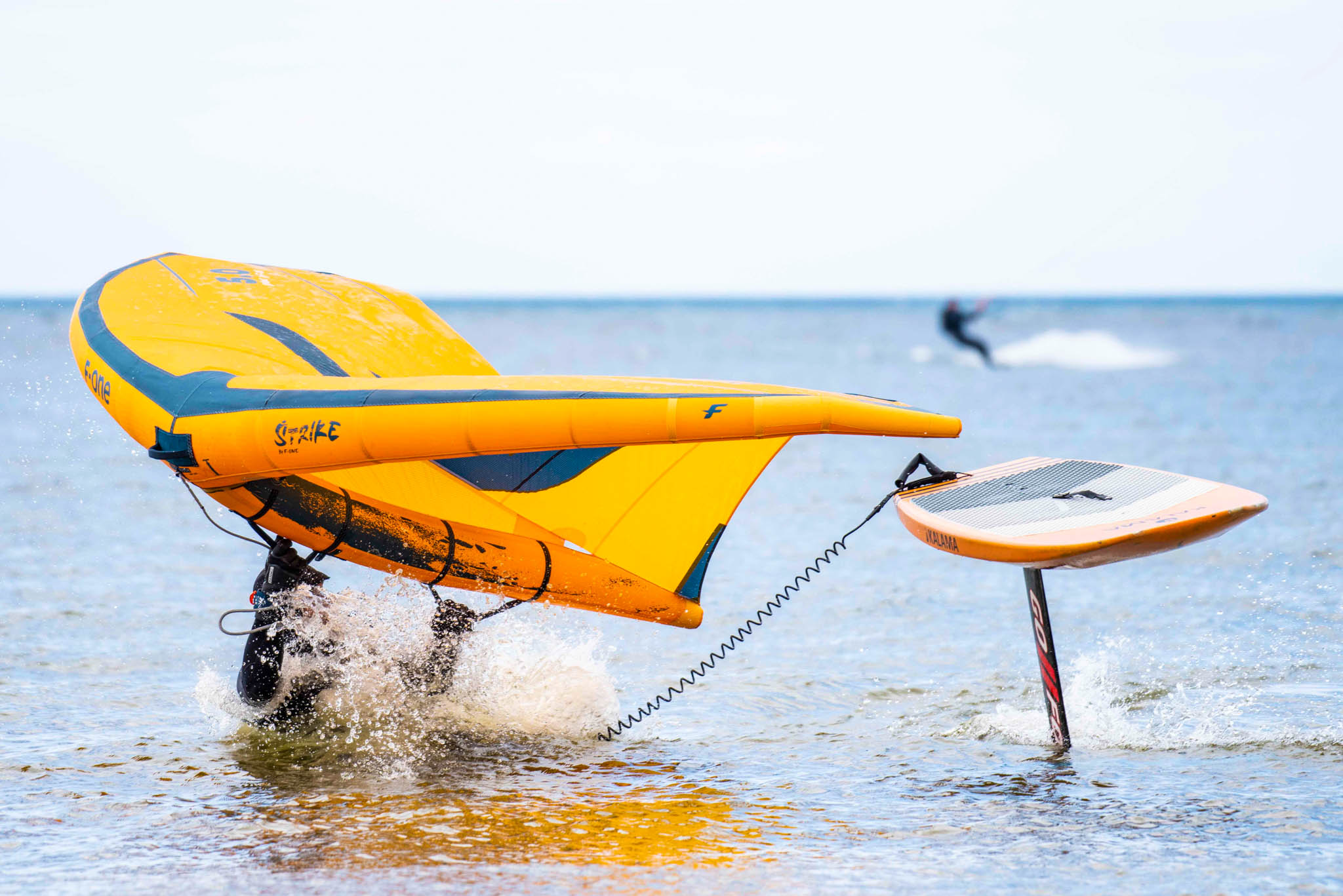 What Wing Foiling Questions Do You Have For Us?

In conclusion, we want you to know how much fun wing foiling is and that it can be done by nearly anyone on almost any solid body of water with a little bit of wind.

OK, that was a lot of information, and we’re guessing that you have some questions for us. Feel free to connect with us via any of the links below. We’re available Monday through Saturday and are always happy to help. Looking forward to hearing from you!

Thank you, and good winds,