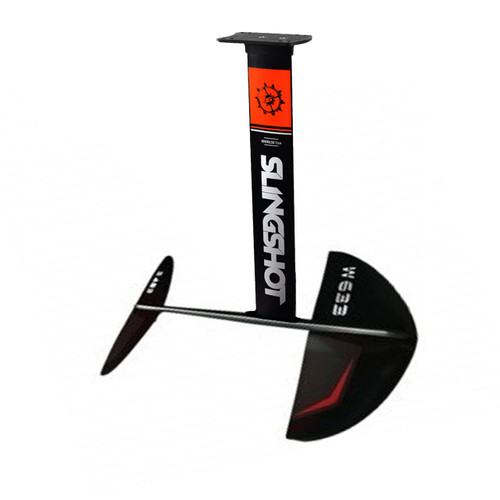 The new Moses Onda hydrofoil (utilizing your choice of Slingshot mast) is a freeride kiter or surfers dream. With a new lower aspect wing, this step up is ready to draw squiggly lines like you favorite two-year-old artist. Its lighter weight allows for even faster directional changes, while its gull wing dihedral design flows back under your feet after the G-force subsides.

Lightest, most flexible and durable inserts in the industry

Self-centering, playful front wing makes this foil the perfect carbon foil that anyone can ride

MSRP:
Now: $70.00
Was:
Moses to Slingshot Adapter Plate Ever wanted a Moses Onda 633 or other wing to put on your Slingshot mast? Add the performance of Moses wings to your Slingshot hydrofoil mast using this adapter...