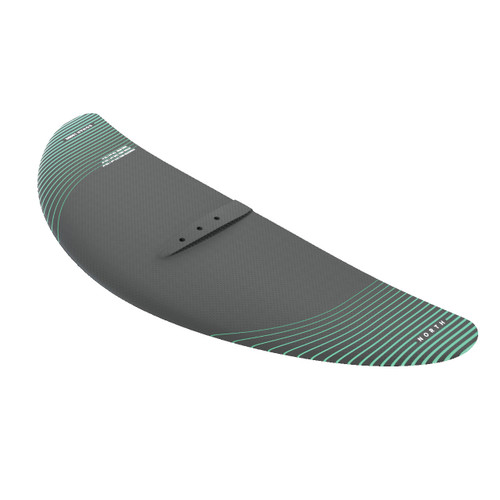 What North has to say about the Sonar 1500R

The Sonar 1500R is a true crossover wing with real performance across every foiling discipline. So stable, you’ll feel like you’re like standing on the ground. The 1500R is great for prone foil surfing in medium to large waves, has a smooth carvy feel and fits nicely in the pocket. Its predictable lift gives you time to find a comfortable stance without fighting to keep the nose down as the foil accelerates. So you’re able to remain in the same position over the entire speed range. The balance of the foil system means you can place your back foot further behind the mast, letting you ride the board more like a shortboard. Our new, specialized reflexed-camber foil section design gives the wing pitch stability and prevents your board’s tendency to nose up strongly when you first get going. Thus, it eliminates the need for you to change your position to trim the board as you speed up, or as you drop-in on a wave. The Sonar reflexed wings have a relatively large surface area, which makes them highly controllable, with incredible roll and pitch stability. Usually, a large wing means more drag, hence less speed. But because you can position the reflexed wings on the fuselage with a lower angle of attack, they feel smaller than they are in terms of their speed range and responsiveness. A reflexed wing gives you impressive control throughout the entire speed range, with extreme top-end speeds unheard of for a wing that size. 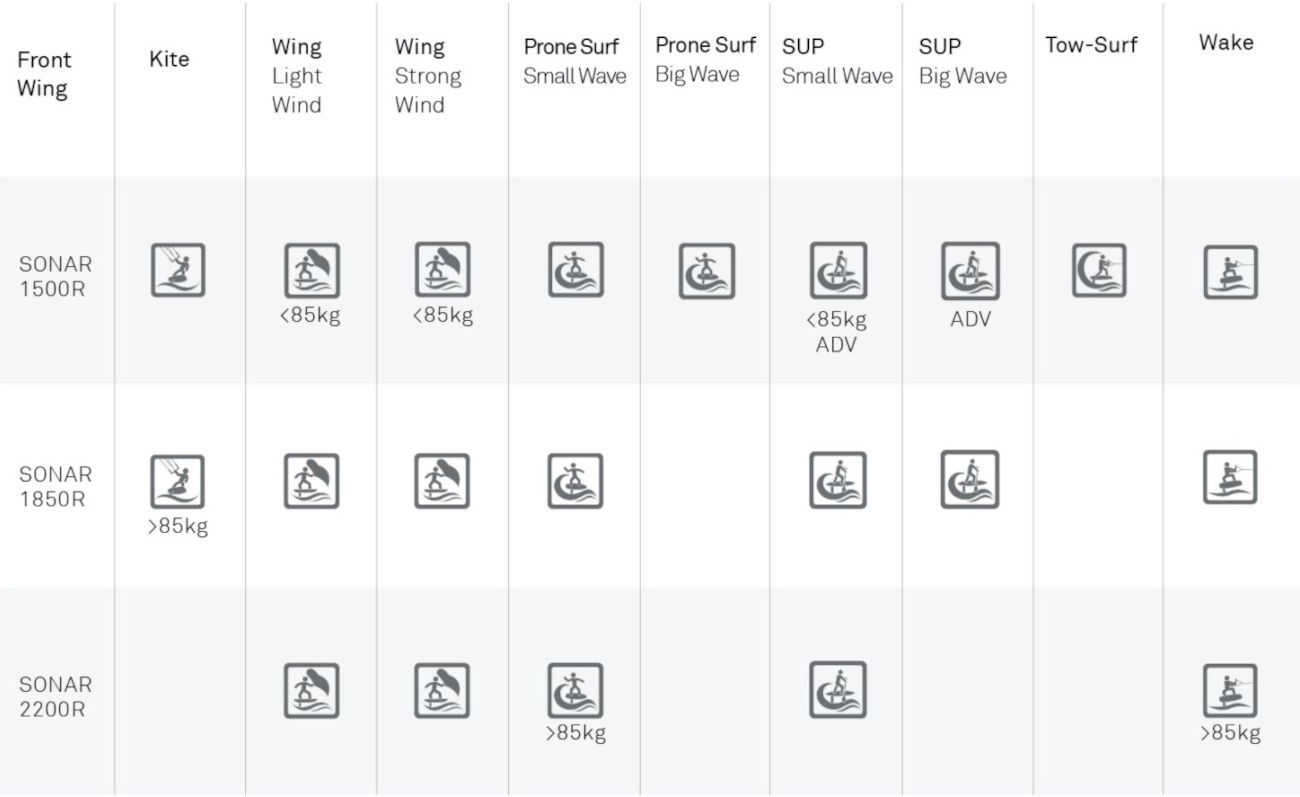