And today we're going to do another rider profile. We're going to going to get to know Evan who's been a kiteboarder for what, like 10 years now I think? Maybe longer?

Twenty years. Okay, so you started when you were a kid.

It's not that old. But yeah, Evan's an absolute ripper, somebody that I've known about for a long time. I've known him for a few years now and we're going to do some Q & A and get to know him and what he's about. So first question: When and how did you get into kiteboarding?

Well, I was lucky enough to grow up here on the Outer Banks, which is really helpful. It's windy, it's kind of the kiteboarding hub of the east coast, or maybe even the U.S. to a degree. So I grew up windsurfing from a really young age. My parents windsurfed; my dad got me into windsurfing at four years old, maybe. I started windsurfing a bit and then my sister windsurfed as well. My mom and our whole family were all windsurfing and we were actually kind of across the street from where we're at now, at Barton's shop, Hatteras Island Sail shop, and we windsurfed there all the time. And then you'd start seeing a few kites coming in, and I was looking at it like, "that's kind of new and fun, different." I had two really good friends, Morgan and Brock, and their dad lived in the Dominican Republic and I was wanting to learn to kite, trying to get my parents to teach me--well, not teach me because they didn't have a kite--but get me lessons or get it figured out. This is in 2000 maybe... I was 10.

I was in fifth grade, for whatever that's worth, and I was flying a trainer kite, trying it a little bit in the water, got a couple lessons, and then Morgan and Brock went to the D.R. They came back and they were kiting. Morgan was, at least. She was my same age and she was riding back and forth, jumping, and I'm windsurfing. I'm like, "I need to learn how to kite." And so I pushed my parents harder and they were kind of reluctant because it was a little sketchy still, back in the day.

I was ten years old, my sister was seven or eight, and we were all windsurfing. My dad specifically said, "this is so nice; we can show up to the beach as a family, we can all windsurf together. This is like a dream come true, and now you want to restart this whole process." So I pushed and pushed and sold all my windsurfing gear. I sailed a lot and I had some sponsors and I competed a little bit, and I made the decision, for whatever reason, that, "I'm done; I'm not winning anymore." And I sold my windsurfing gear and bought kite gear and it's stuck- I'm still doing it now.

Yeah, that's awesome. And now you've obviously been with Cabrinha for a long time and you're actually a very--I'm trying to find the right word--diversified rider. I mean, I've seen you ride in many disciplines. I've actually seen you do Slim Chances. You're a really high level freestyle rider, but you're also one of the few guys that are really excelling at strapless surfing and strapless freestyle and all that. What's your favorite discipline, what are you really focused on, and what do you practice?

I think I started kiting just to jump because that's what everybody sees, right?

So you can jump, you get excited, then you get a little bored of it and one thing leads to another, and then you start doing freestyle. I actually hurt my foot at one point. I couldn't really ride in straps; my foot had a little stress fracture and would really cramp up and hurt riding straps, like gripping your toes. And so I started riding boots because that actually allowed me to ride with my hurt foot. Then I really got into the whole freestyle thing for a while and hitting rails and doing all the unhooked stuff, doing the Triple S for a bunch of years, and then I decided, "this is pretty painful" and I started doing less and less of it. And then you kind of fall back to really enjoying the roots of kiting, which is jumping high, doing kite loops, all the stuff back in footstraps, but at the same time I grew up surfing as well. I've surfed since I was eight or seven or something, so I've always enjoyed kiting the ocean and riding waves. Then when kites started getting better and they started de-powering where you could effectively truly ride a wave, the whole wave riding element of kiting really appealed to me a lot as well. So I started riding a surfboard a lot, and a really good friend here, Reider--he and his dad own Hatteras Island Sail Shop--he started riding a skim board a ton, like 10 years ago before strapless was a thing, before people were doing strapless tricks, and he got this skim board from Nobile for a hundred bucks or something on closeout because they owned a shop. Anyway, he's riding this thing and doing ridiculous stuff on the skim board. I remember telling him, "Dude, you're riding in flat water on a skim board, doing insane stuff. You should learn all the same tricks on the surfboard, then take it into the waves. You're going to be one of the best guys in the world. You're doing stuff that nobody's doing." As time went by, he took a lot of that skim boarding stuff and applied it to wave riding on a surfboard. So I've spent a lot of time riding with him, doing strapless freestyle stuff just in the flat water behind their shop. In the summer here we don't have waves and I really enjoy it. It's just another way to kite, something new, different to learn. If you do the same thing every day, you keep trying to do freestyle tricks or one thing, you get burned out; you kind of hit a plateau.

So I just enjoyed everything it has to offer. I'm winging now. If I hear of something, you know me- I'm happy to try it.

I kind of enjoy that learning curve; I enjoy putting myself back to being a beginner.

So I actually went and did freestyle the other day for the first time in like a year because I haven't done it so long.

But it's fun again for me. I spend so much time now winging and riding a surfboard and not unhooking that it was fun to go back and unhook. And, wow, I really am not good at all compared to where I used to be, where other riders are. I'm so far behind the ball now, but it's really fun to utilize all the different aspects and I feel like you don't want to force yourself to ride a certain discipline in any conditions. If it's not good conditions for freestyle, if it's choppy or if there's waves, do something else; alter your riding to what the conditions offer.

Here in Hatteras, you get all kinds of conditions, like really good flat water, good waves, onshore wind, offshore wind... when you get such a variety, to me it feels ridiculous to do the same thing when you have all these different options.

You have world-class conditions for every discipline here, which is great because it makes for world-class riders.

Yeah. You can have 10 sessions in a row, and every session is completely different. I really enjoy that a lot.

That's cool. I think that's a good fit for Cabrinha as well because they have a lot of those surfing roots in their brand, and you're a really good ambassador for that because, obviously, you can do everything that kiteboarding encompasses. You kind of hit the nail on the head with the surfboard-like vibes and the really beachy-surfy vibes that they have going on.

For sure, and I'm lucky enough that Cabrinha actually... now the sport is so diverse: freestyle and strapless and winging and big air and foiling... you name it. It's hard for any one brand to cover all those bases and create good products for everything. You see a lot of brands that have really good products for one or two aspects, but I'm stoked to be with a brand that I've been with now for 10 years, before foiling was around, before strapless was really a thing. They've kept up with those trends and they offer an entire range of stuff, which is really cool. I feel lucky because I like doing everything and they've had everything to do it with, so that's really cool.

Hopefully everybody enjoyed getting to know Evan here, so thanks.

Thanks for having me, Rygo. 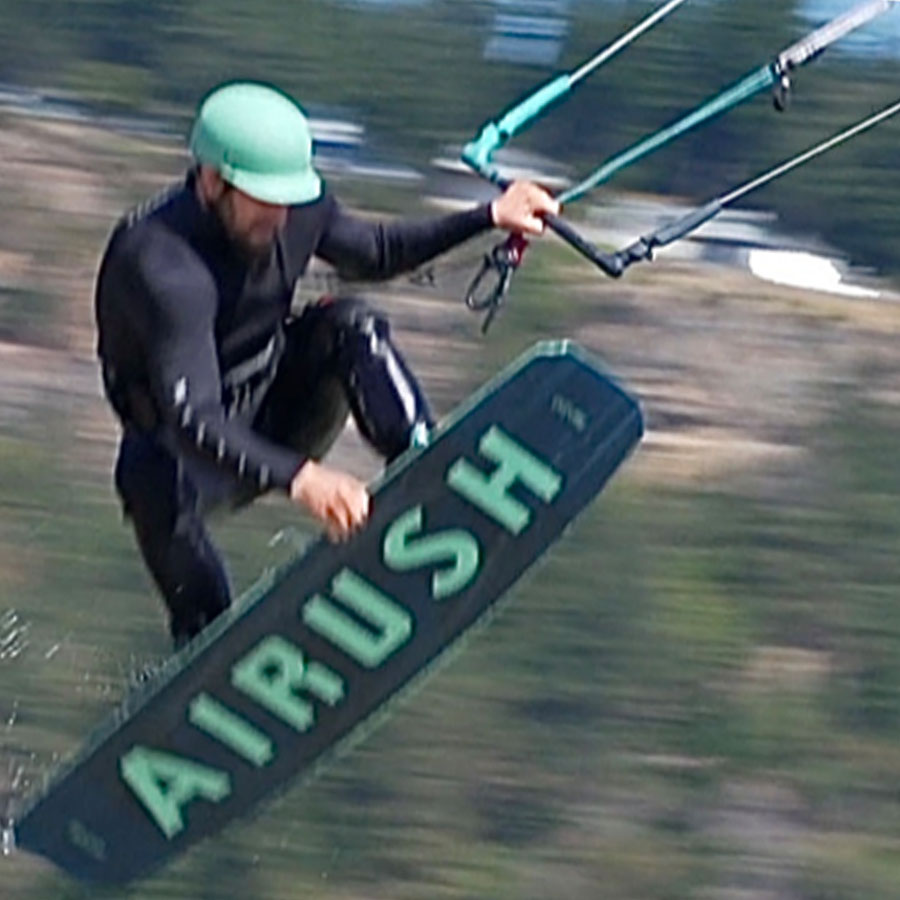 Many people dream of quitting their job, traveling the world and pursuing their passions. Rygo is one of those people who pulled the trigger. A few years into his career, he decided to change everything and travel as a kiteboarder, freelance videographer & writer. His mission is to share the stoke & help people put the BOARDING into their kiteboarding. Get outside and kite!