I know, it sounds crazy, right? Perhaps it sounds like something you would read in one of the tabloids you casually glance at while in line at the grocery store. Believe it or not, the former first couple, Barack and Michelle Obama, were enjoying a well-deserved vacation, and Barack Obama took the leap of faith to learn how to kiteboard. 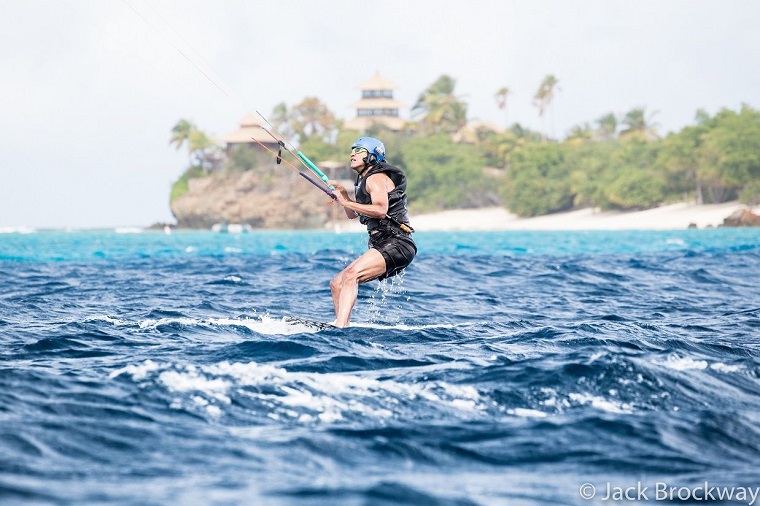 It's not every day you catch a former POTUS learning an adrenaline-packed sport like kitesurfing, but Barack Obama has been known to catch a wave or two before his presidency. Not only that, he was caught having what seemed like a progression competition with Virgin Mobile's Richard Branson.

From Virgin's website, "So it was tremendous to offer him the chance to learn to kitesurf. The sport has really taken off in the past decade and we have the perfect conditions and team to help anyone learn. I have also wanted to learn foilboard surfing. So we decided to set up a friendly challenge: could Barack learn to kitesurf before I learned to foilboard? We agreed to have a final day battle to see who could stay up the longest."

For those of us who have tried to learn, are currently learning, or are proficient in the sport, we know the difficulties of being able to learn how to kiteboard. It can be even more difficult to learn foilboarding. At the end of a weekend filled with fun, friendly competition, and the occasional fall or two, Branson was able to foil 50-meters and Barack was able to cruise 100-meters before falling backwards into the crystal blue waters.

So, the real question, what were Richard Branson and Barack Obama riding? It looked like there was a plethora of equipment used. For Branson, we caught glimpses of what looked like the Slingshot Dwarfcraft as well as the Cabrinha Double Agent. For Obama, we see him riding with the North Neo kite and the 2016 Liquid Force Drive.