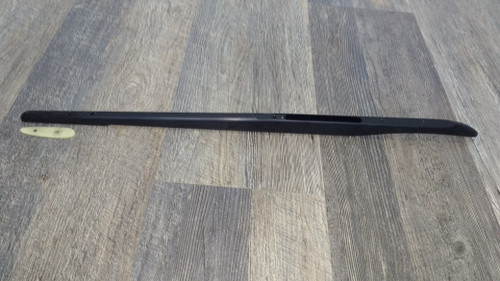 Due to the overwhelmingly positive response to our 710 Superfuse, we have added an 880mm Superfuse for Wing Foiling, Sup Foiling, and Windsurf foiling. The longer length matches the larger boards responsiveness while providing more pitch stability, glide, and light wind performance. The longest fuse setting is 880mm and the shortest is 710mm, so you can still get 815mm length with the longer fuse and use it for both larger and smaller boards;635mm minimum using the 710 superfuse.

This custom Stringfellow 710mm and 880mm fuselage or "Super-Fuse" as we call it allows for maximum customization of the Moses system.  There are three separate and effective adjustments on this fuselage that make it unique and totally customize-able.  It is like having 20 different fuselages in one.

*HW not included. Takes standard Moses HW sizes which change based on the wings being used.  Contact us for spare Hardware at a discounted price with your purchase.