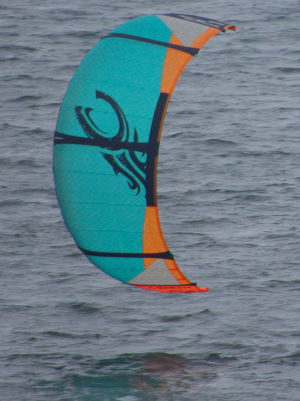 As a general rule, kite manufacturers refine a product through incremental innovation year after year, making small changes aimed at bettering the kite without any radical alterations. In 2013 however, Cabrinha Kites took a more disruptive approach towards the Switchblade, the changes making the kite noticeably different. Thus, when preparing to update your quiver to the latest generation, deciding between the 2012 and 2013 Cabrinha Switchblade can be a difficult decision. Below are the major differences:

When comparing the wind ranges between the 2012 and 2013, the 2012 Cabrinha Switchblade is noticeably gruntier, or more powerful, due to a flatter canopy shape.

From our experience at the shop, the 2013 Cabrinha Switchblade seems to have more difficulty relaunching in lighter winds than its predecessor, the 2012 Switchblade, did.

The depower on both kites seems very comparable, one of Cabrinha's strongest assets. 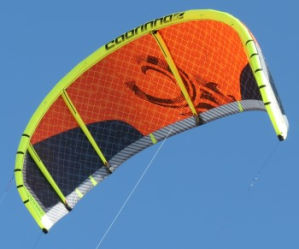 The 2013 Cabrinha Switchblade has identifiably less bar pressure than the 2012, now having a light/medium feel.

The new Sprint inflation system, coupled with the elimination of the screw-on attachment, makes pumping up the 2013 Cabrinha Switchblade much easier. The 2013 pump also feels much more ergonomic.

So what does all this mean to you? Well, the 2012 Cabrinha Switchblade was designed to be much more of an all-around kite, aimed especially at beginner to intermediate audiences who value safety (depower and relaunch) and versatility (marked by the huge wind range). In 2013, Cabrinha has sought to redefine the Switchblade as a kite for intermediate to more advanced riders. It now delivers more speed, less bar pressure, more distinct bridle customization (freestyle/wakestyle knot attachments), and better unhooked ability, attributes aimed at the freestyle, wakestyle, surf, and premium freeride populous. With that said, both are still excellent kites, guaranteed to provide an exceptional kiteboarding experience.

If you are still having trouble deciding between the 2012 or 2013 Cabrinha Switchblade, give us a call at the shop and we'll help you figure out what kite is best for you.