The 2012 Rally is the crossover kiteboarding kite for guys looking to ride both Freestyle and Wave with the same kite!

The 2012 Slingshot Rally has the stability and predictable power of a C style kite, only it offers the safety, effortless relaunch and unbeatable range of a standard Delta style Hybrid kite. The 2012 Rally's three strut delta shape offers solid low end grunt, pivotal turning allowing it to excel in the waves and super lofty hang times.

Slingshot is serving up the industry's first pulley-less bridle, giving you the rider a more direct feel, enhanced responsiveness, and unmatched upwind performance. With the range on the Rally 2012 optimized for maximum low-end grunt, you will be able to ride in lighter wind speeds with smaller size kites with the ability to generate power for bigger boost and longer big air hang times.

The long stroke at the bar combined with Slingshot's pulley-less bridle lets you tap into a top end range of the Rally, translating into complete control even when the wind picks up. With Slingshot's Custom Fuel Injection attachment points on the Rally can be used to fine-tuned for your riding style by altering the feel and bar pressure.

For 2012 Slingshot has added a 9 meter Rally to the mix to create ultimate quiver building potential. In terms of protection, Slingshot has added Ballistic Aramid scuff guard reinforcement to prevent wing tip wear while it's sitting on the beach and when your mates flip over your kite getting you ready for a launch.

Check out our current selection of Slingshot kites. 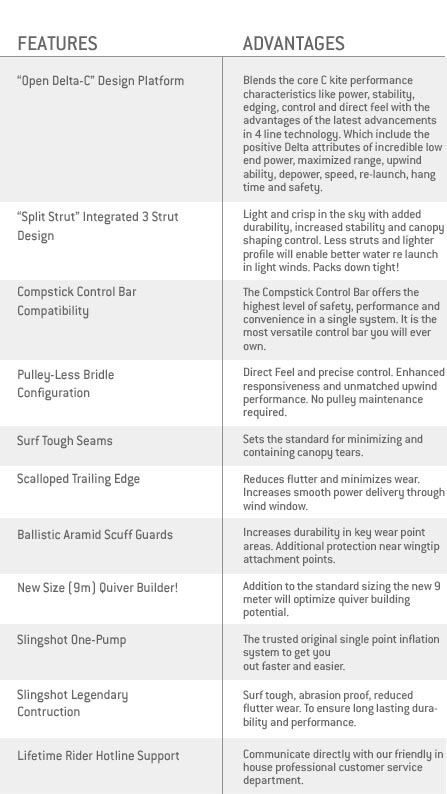