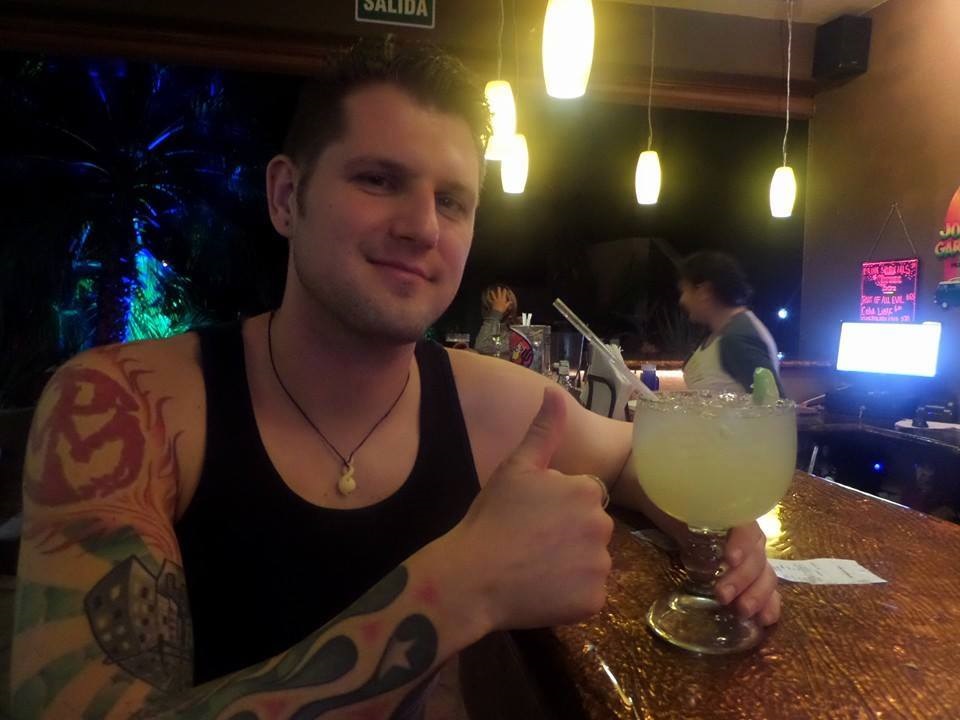 The cool water splashes my face as I land my latest trick. I look to my right to catch the last rays of the sun shining brilliantly over endless rolling mountains. It's about time to call it a day and make my way to the bar for a few of my old favorite drinks with a few new friends. The whole time all I can think to myself is it really doesn't get much better than this!

Lets take this back a few weeks and start from the top.

December can be a trying time for most of us in the northern hemisphere; when the weather takes a turn for the worst and we lose a few hours of light, making it the optimal time to trade in that winter jacket for a pair of boardshorts and a strong drink, or two… or three. Being kiters, we have the advantage of straying from the beaten path, at least more so than your average tourist looking for a margarita and a sunset. Granted, we enjoy more than our fair share of those things as well. That said, when the time came to decide on my next destination Mexico was on the list and the windy season was just kicking off there.

After a little research, I discovered flying into Cabo two hours south of my destination was substantially cheaper than the nearest city La Paz. It was pretty easy and stress free to rent a car online. Upon arrival a shuttle takes you right to the rental car business. These are less than a hop and a skip away from the main highway. There is something to be said about a scenic coastal drive through the mountains of Baja california. After a two hour drive north (and a wrong turn or two along the way - what can I say, I like to wing it a little), I was there. Although I was on the exact opposite side on the country, La Ventana reminded me of Hatteras in North Carolina. A long stretch of road along the coast and populated with kiters and fishermen. Simply replace the swampy sound with teal waters of the Sea of Cortez and the rolling sand dunes littered with dune grass with mountains under a blanket of cacti.

As for a place to stay, La Ventana has many options ranging from camping right on the beach to "kiter compounds."  I stayed at Baja Joe's, and I have to say it does not disappoint. A few weeks prior to flying out I opted for Joe's over camping, primarily because I wanted to cook and they have several community kitchens and assign you a shared refrigerator.  I would be lying if I told you the in-house bar and coffee bar didn't influence my decision as well.  The scene there is vibrant and alive probably because the wind works like clock-work. Every day at noon a nice thermal wind would kick in and blow until sunset. 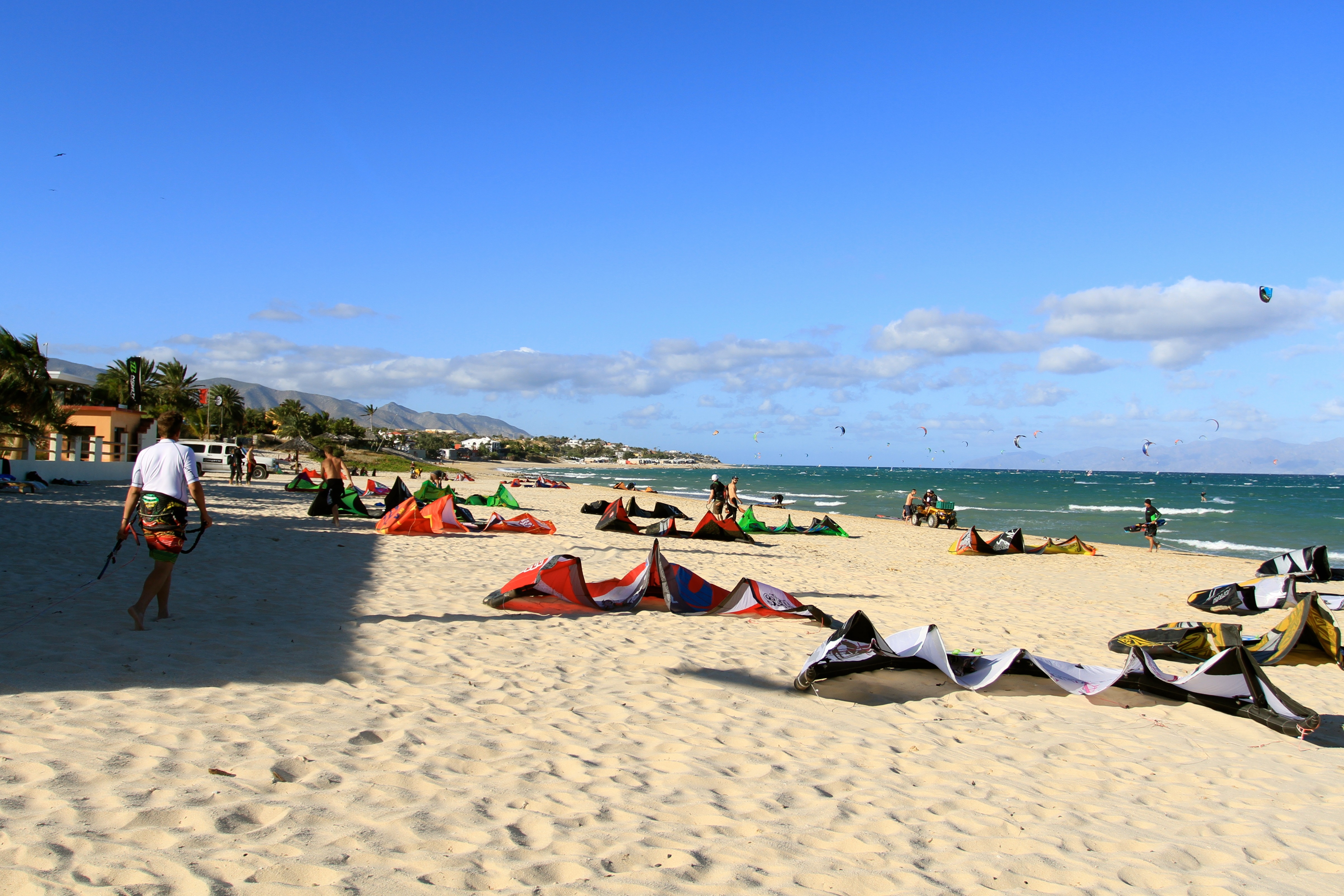 Most days I found myself on a 12 or 15 meter but after several conversations with the regulars I learned the wind was on the lighter side that week. In fact some people stay as long as 6 months and only bring a 10 meter kite! Personally I would not go anywhere, no matter how good the conditions, without my full quiver. Granted, I don't have six months to kill on vacation either. The coast there curves around so if you were to crash your kite and not be able to relaunch, you just end up drifting into shore, making it perfect for beginners and those looking to progress alike!  Just north of Joe's lies a place called Playa Central and the food there is phenomenal! They offer wood fire pizzas and possibly the best breakfast sandwich I have ever had. The place itself is a large warehouse turned into something of a kiters retreat. There is plenty of comfortable furniture and games, making it a pretty sick place to hang out post-session. 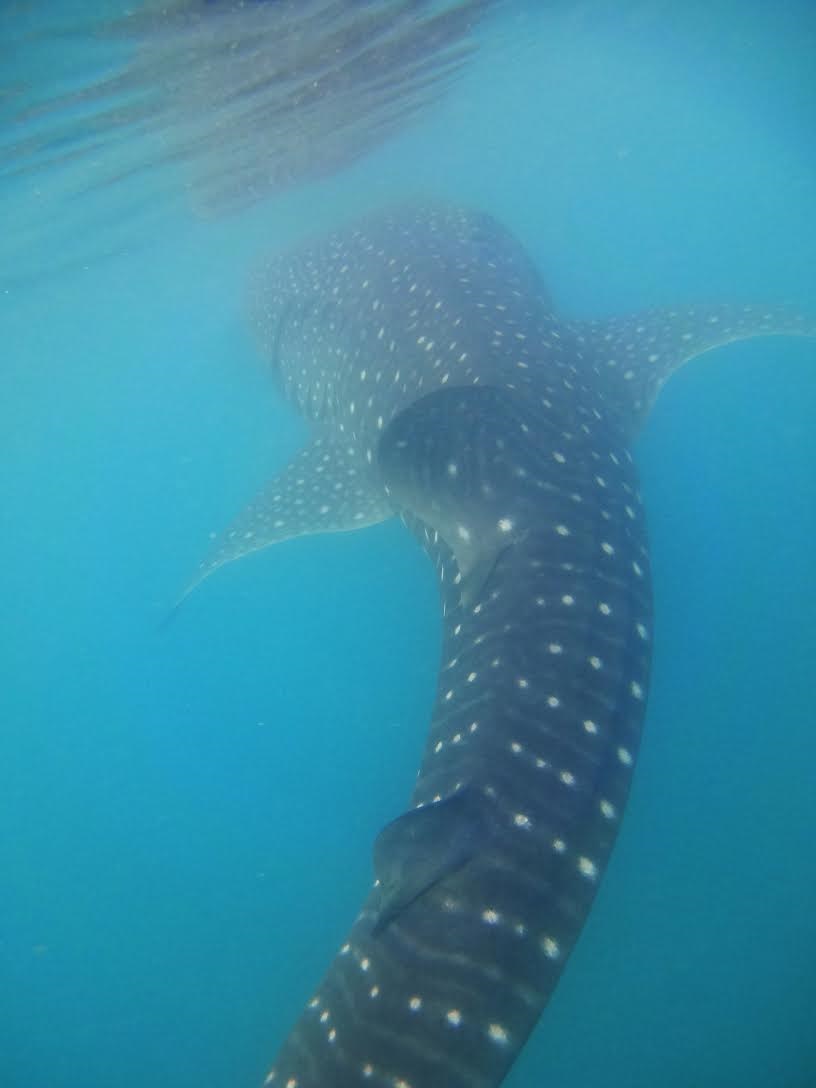 Later that week my girlfriend and I took a day trip up to La Paz with the hopes of swimming with whale sharks. With a quick Google search you can find several boats that will take you out for around 80 dollars a person. I have to admit, at first it was super intimidating swimming with what looks like a massive shark, even if they are completely docile. Afterwards we grabbed lunch at one of the many restaurants on the main strip along the beach and then jetted back to Joe's in time to catch the afternoon thermal we had come to depend on. That Thursday we found ourselves back at Playa Central to catch the farmers market. Typically you would expect to get some jewelry, maybe a blanket, or some kind of tequila.  Instead I was preoccupied with a puppy in a basket named Bandito. 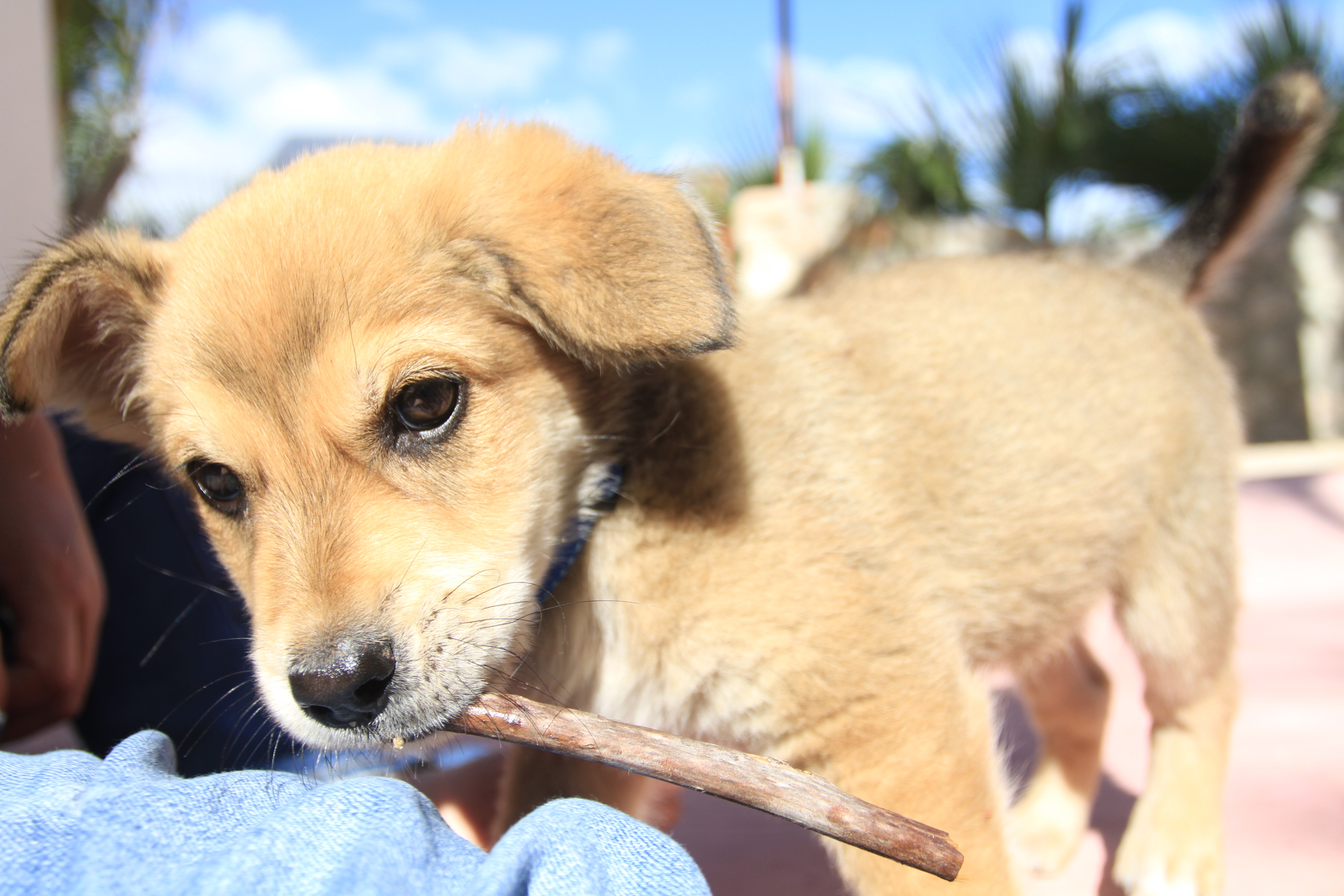 My new mission for the end of my trip was to find a way to get the dog home with me.

With the help of an organization called bark for Baja and some new found friends, I was able get all the paperwork done and take Bandit home with me! We celebrated our last night at Playa Central - they had a great live reggae band and plenty of drinks to go around.

We gathered our gear from Joe's kite garage and made the drive back to the airport without any trouble. Somehow we managed to get a flight home with only eleven people on board. It was a little funny how much power a puppy has over people. The flight attendants couldn't see him stowed away, so he got to take a seat next to me on the plane. Interestingly, it was more difficult getting our tequila we bought at the airport back on the plane than it was a dog!

All and all, I am sold on the Baja experience. Typically my motto is go somewhere different every trip, but between the perfect conditions good people and food I think La Ventana maybe my next destination again!