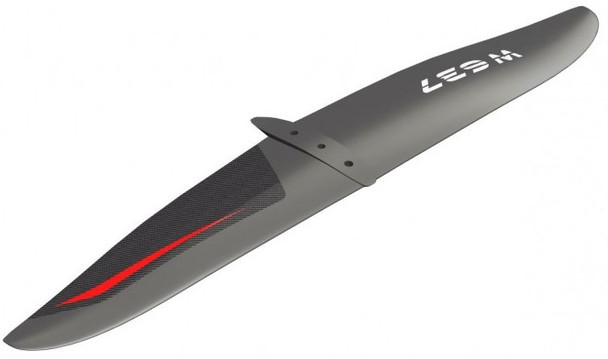 The MW637 wing for the Vorace has been developed with a single objective: the competition.

This wing has the thinner profile we've ever made: the profile reduces the resistance of the ALL ROUND wing by 10%.

The maximum speed of the Vorace is even higher: upwind is impressive.

Resistance and rigidity are obtained thanks to the use of high modulus carbon fiber.

MSRP:
Now: $498.00
Was:
Moses 695 Front Wing What Moses says.... Super fast flying for this manouver oriented wing. From the 550 dna this new moses wing is the choice for those riders who aim at a smooth glide...

MSRP:
Now: $498.00
Was:
Moses Front Wing 790 FRONT WING SURF - SUP - Kite - PUMP  This unique design allows you to surf tiny waves and ride back to the line up cause of its great pump-ability  An exceptional...

Moses Front Wing 558 All Around

MSRP:
Now: $360.00
Was:
Moses Front Wing 558 All Around ALL AROUND Features The 558mm wing mounted on the Vorace allows to reach 30 knots with extreme stability and maneuverability. The efficiency is at very high levels...