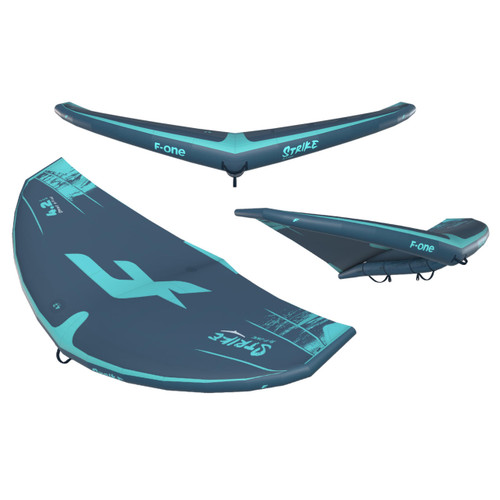 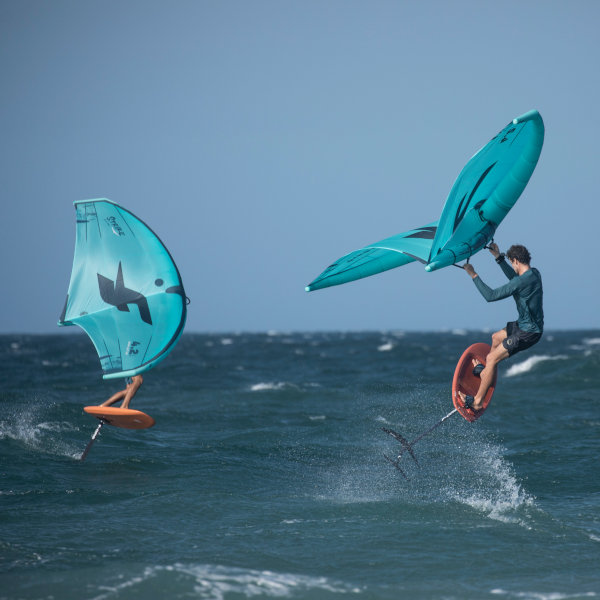 What F-one has to say about the Strike Wing

Expanding upon the massive success of the Swing V1, the strike is not a Strike V2 replacement or new color way but a completely re-designed wing to push the limits of wing foiling performance.

With more than 40 years of experience in the wind powered watersports such as windsurfing and kiteboarding, F-ONE has developed for the last two years a real passion for wingfoiling. Our long history has enabled huge improvements in the sport resulting in the STRIKE’s creation. In the search for thrill and adrenaline, we have been looking to make a wing which not only will keep the heritage of the SWING in terms of lightness and comfort but which will be incredibly stable and offering great performances as well as huge wind range.

From light to high winds, you will discover the full potential of the STRIKE. 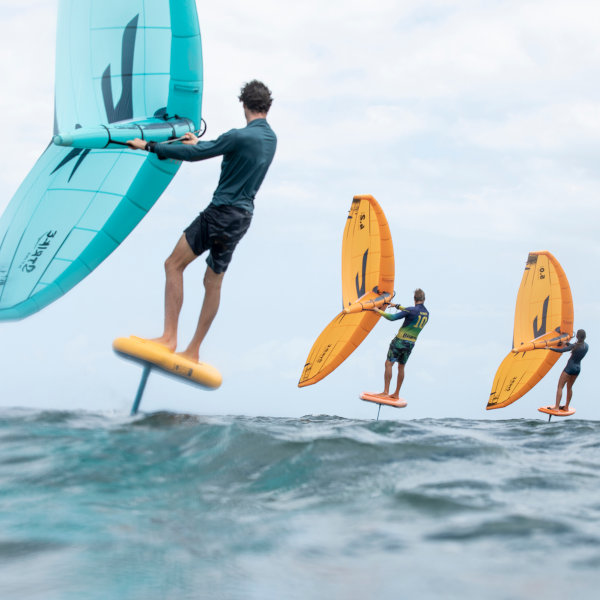 Thanks to its unique design and construction, the sensations on the water are unique.

The work done on the control of the deformation of the wing offers more power, fantastic upwind performances, stability and control. This feeling of control will allow you to push the STRIKE into jumps and air rotations. You are in total comfort at all time, the STRIKE’s has the perfect traction balance between your two arms. The handles are perfectly placed and you won’t suffer from too much pull on your back arm on the long legs.

Going upwind has never been so efficient. The impressive stability of the STRIKE will make you forget about it when in freefly surfing wind swells. Each surface of the range has been optimized for their own programs:

The STRIKE design is completely new with many innovations. The vertical panel layouts towards the trailing edge and the skin tension help control the cloth deformation and improve the overall profile. The leading edge has extra segments for a better control of the dihedral shape and its diameter has been optimized. The curvy but straight on the tail centre strut design helps for an even better control of the deformation.

WINGFOILING WILL NEVER FEEL THE SAME

We have built our kites for 20 years in the most state-of-the-art cloth from Teijin’s factory in Japan.

They have developed the best technologies and quality material for our kites over the years. Teijin has worked on a few major developments with the double Ripstop on the canopy cloth and durability treatments.

The kite industry was lacking choice of cloth density. We could build kites with a 52 gr per square meter for the canopy and about 160 gr for the leading edge, strut and reinforcements. Having only two choices was not easy because on some parts the 52 gr was too light and the 160 gr too heavy.

After developments and tests with Teijin we can now use a new Dacron 130 gr double Ripstop on our 2020 kites.

By using that new 130 gr cloth, we have saved weight while keeping an excellent strength. The new BANDIT 2021 is more reactive and of course feels lighter, which is particularly important for the bigger sizes, in the light wind or for the turning speed during kiteloops.

Most seams on the leading edge are protected with an abrasion-resistant Kevlar® fabric to prevent the seams from deteriorating when the kite's profile is subjected to aggressive ground friction.

For 2021 I had intended/planned on using my 2020 Fone swing quiver for the season since I was so happy with those wings / that quiver.  Well I had a compulsive day many weeks ago and started emailing Tucker at Mackite to check and see if the new gear was really any better.  He said it was.  So, after a flurry of videos and getting psyched up on winging for 2021 while still suffering very cold temps I threw in the towel and bought the new quiver.
Later I was kicking myself!  Ah, I fell for it again I thought - the idea of having to have the latest and the greatest, and paying big money for something that was marginally better.
I continued that thought until the wings arrived and I had the chance to fly them in all kinds of conditions.  Here are my conclusions.  I have absolutely zero regrets now and would not go back to last years after having tried these new wings.  They are pretty incredible!
The Strikes are more powerful and more rigid than the swings.  One thing I didn't like about the swings was being overpowered and having the wing flutter.  I have yet to be able to get the strikes to flutter.  I can't believe how overpowered I can ride the strike.  I nearly think I could have gotten away with a 1 wing quiver.  The strike has more low end then the previously sized swing, and it was way more high end.  Because you can more easily depower a more rigid wing it just give you more range.  Also, the rigidity does a much better job of not allowing the center of effort of the wing to move - so the wing is more more locked it on a very powered reach, which makes it more stable.
Because the wing is more rigid you get more power when you pump it.
I have zero regrets about buying the new strikes and would highly recommend you do so if you are considering it.
I am not sure if I needed all sizes though.  I sorta think I could get by with a 5m and 3.5 meter but we shall see.  I love flying tiny wings and can't wait till the season fully arrives to try all sizes.

Aloha from Maui,
F-One “STRIKE” again!
I’m stoked to share my first thoughts on the best wing in the market today.
The strike is a combination of everything I want in a handheld wing and this new design is no joke! The attention to details including design, symmetry, stitches, colors, handle positioning is seamless. This is a beautiful, stable wing with precise feedback and control.
The constant pull from both arms and the ability to adjust the power on the go makes flying the Strike an effortless task. I just want to thanks F-one team for the effort to bring this wings to life.

Page Alms thoughts on the Strike...

MSRP:
Now: $182.00
Was:
Ozone Connect V1 Wing Wingfoiling Harness Does not include harness line In stock and shipping!    Tired of heavy, overstructured kiteboarding and windsurfing harnesses while wing...