When Quiksilver decided to start a women's line in 1990, it was a gutsy move. The surf market has always been a fickle one. And female surfers, despite their achievements in and out of the water, hadn't drummed up nearly the notoriety nor the community that guys had long enjoyed.

But great ideas always take some guts. And the company saw the untapped women's surf market as a huge opportunity. Turns out they were right.

Like all things Quiksilver, Roxy was born in the water; initially a swimwear line, it debuted in late summer 1990 to immediate success. By the next year, a Roxy sportswear line was introduced, and that too prospered, with sales of over $1 million. 1992 saw continued expansion of the brand with a new denim line and key snowwear pieces. The fact that Roxy was a women's line offered by an authentic surf brand made it intriguing for both retailers and girls alike. It was the first of its kind on the market, and soon after, the other surf brands followed.

Roxy has long been in the media spotlight. After garnering editorial merit from major publications like Lucky, Teen Vogue and In Style in addition to most of the U.S. and international surf and snow publications, it was only a matter of time before Roxy hit prime time. "Surf Girls", a collaboration of Roxy and MTV Networks, debuted on MTV in 2003 featuring Roxy's team manager Danielle Beck as host and Roxy team rider Heidi Drazich as a cast member. The series was a hit, and helped to further popularize women's surfing and Roxy's part in the sport. The series also gave Roxy two new team riders: Kula Barbieto and Aimee Vogelgesang.

Strong retail presence is key to a strong brand, and Roxy retail stores were the perfect opportunity to showcase the Roxy lifestyle. The first freestanding Roxy store was opened in Hawaii in 1997, and another store followed in 2000 in Southern California's South Coast Plaza. The Roxy retail chain now features stores all over the world, offering a taste of the Roxy surf lifestyle to girls everywhere.

Roxy is now a global lifestyle brand, offering products for every aspect of the active girl's life. From handbag to Henley, wetsuit to tide watch, the key ingredient of our products is that inimitable Roxy spirit. "Daring, confident, naturally beautiful, fun, alive: Roxy". 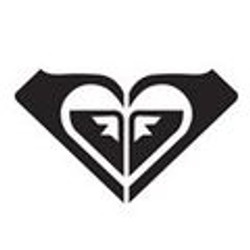 There are no products listed under this brand.