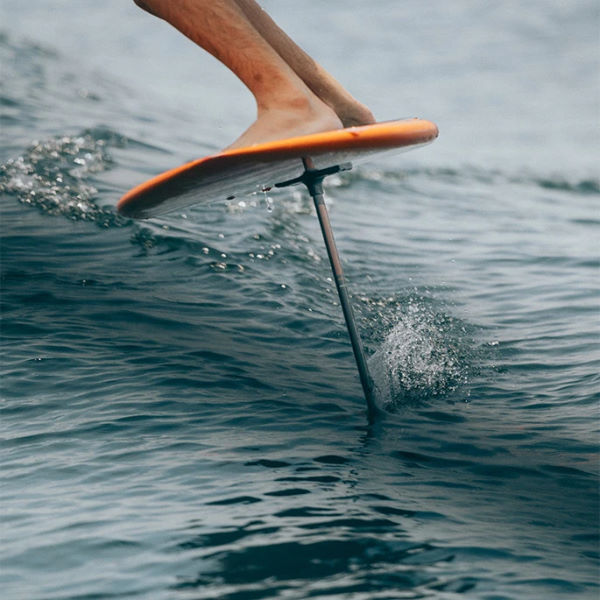 Riders 150 pounds and below will love the FWake package.

Riders looking for maximum pump or between 150-200 pounds will benefit from the FSurf foil.

Riders 200+ are recommended to go with the FSUP for maximum lift and stability.

The Hover Glide Foil Wakesurf V3 Foil Package has been re-invented to meet the evolving ambitions of the newfound advanced surf foiler. A shorter more compact board design combines with a longer 71cm mast to help surfers pump farther than ever before. Equipped with our ever popular Infinity 76 front wing, this combo rises off the water early and is capable of surfing 5-6 waves back behind any proper wakesurfing boat. Don't have a wakesurfing boat? Surf the 1st, 2nd, or 3rd waves of most any boat with this setup thanks to the plus sized wing and the overall efficiency of Slingshot's foil designs. In case you decide to come back down from the heavens above, the foil is also remove-able and transforms the board into a ripping twin fin wakesurfer as well ... The Hover Glide Foil Wakesurf V3 Package is the setup for those who are truly LOYAL TO THE FOIL... From the leaders of Hydrofoiling.

If you're #loyaltothefoil then this is your setup! This is the ultimate foil package for surfing ALL TYPES of waves and stepping up your pump game... If your focus is wake surf foiling, pumping and exploring the area behind the boat without a rope, look no further!

- Fast rocker line for wakesurfing without the foil

- Fits in the board rack

Developed and updated for the evolving ambitions of the advanced surf foiler. A shorter more compact board design help surfers pump farther than ever before. This board rises off the water early and is capable of surfing 5-6 waves back behind any proper wakesurfing boat. In case you decide to come back down from the heavens above, the foil is also remove-able and transforms the board into a ripping twin fin wakesurfer as well.

Why You'll Love The WF-1 Board

The NEWLY DESIGNED WF1 easily takes riders from wakesurfing, to "wakesurfing 2.0" in a matter of a few short sessions. Unlock your surfing potential on every wave and turn any body of water into a sheet of glass - That's the power of the W-F1. 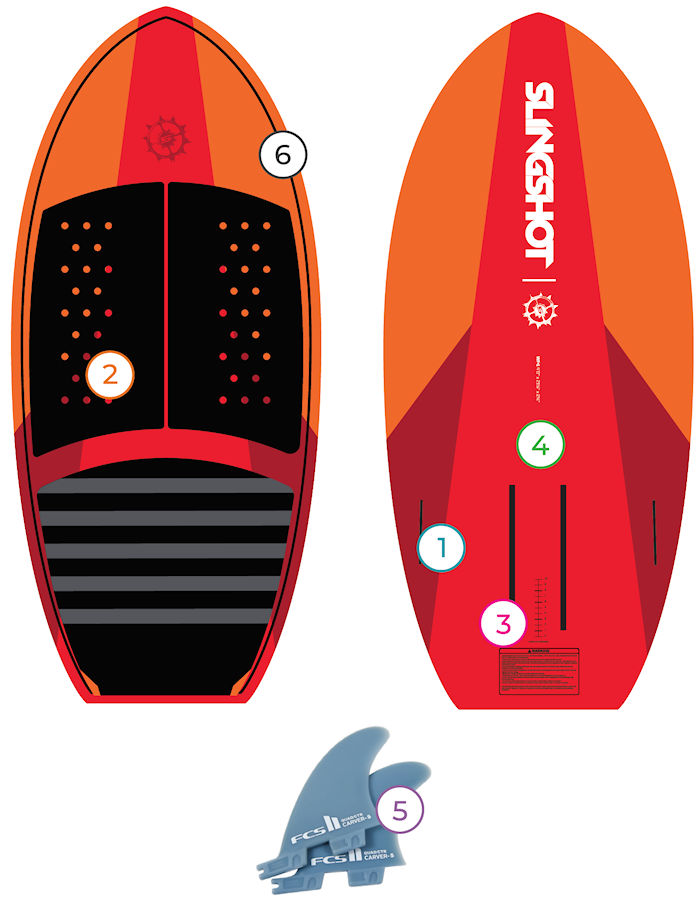 You want a stable, user-friendly foil you can ride at slow speeds, surf the smallest wake and waves or kite in super light wind. The Gamma 68cm is the wing of choice for our FWake package due to its flat profile that makes it super stable from side-to-side and give it tons of lift for surfing wakes as small as a jetski ripple.

For Windsurf Foil: Easy entry level wing, low stall speeds that make it great for jibing even if you bobble a bit, great upwind ability and overall stability.

The Gamma 68 is a great all around wing in all conditions. It feels lively under foot, like it wants to hook into a big carve, yet stable enough to get steezy while straightening a big wall! It has a very flowy back foot pump that keeps speed up while pumping between waves. It is suited to riders who want an all round foil with a good pump but can still get critical with big power carves and turns, in and above the lip!

This wing is super stable and works awesome for prone surfing. It lifts early and works great on small waves, but with too much speed it becomes difficult to keep in the water.

The old trusty 68, this wing does it all in light to medium winds. Easy entry level wing, low stall speeds that make it great for jibing even if you bobble a bit, great upwind ability and overall stability.

The Gamma 68 Is going to be a great intermediate foil wing. It has a low take off speed yet a good amount of lift for larger and heavier riders. It's a tight wing, meaning that it doesn't care to carve; it likes to be locked in.

The Infinity 76cm wing almost guarantees success foiling in tiny to medium size waves or in light wind. It is so great that we inc lude with our FWind and FSurf package. It has a large surface area and unique inverted gull wing shape which makes it the perfect balance between low-end lift and pump-ability and faster top-end speed and performance.

The perfect all around wing. Early lift, low stall speed, and a 26mph top end. Learn to fly, learn to jibe and float through lulls without compromising top end speed.

The Infinity 76 is a surf inspired wing designed for fun carving and high lift. Great for larger riders or riders looking for a cross over wing for surfing, kiting, and riding behind the boat.

If you're prone surfing and want to turn freely and pump from one wave to the next.

When you want maximum lift and stability with your hydrofoiling experience. This large wing is included with our FSUP package. You'll appreciate the extra surface area when you're gliding across the water on barely a ripple and pumping in circles to catch wave after wave.

The light wind machine. Insanely early lift and super low stall speed get you flying in the tiniest of gusts, and float you through the longest lulls. The width of this wing make it super stable; it's like having training wheels for learning to jibe or foiling through your first 360.

The Infinity 84 is a surf inspired wing with maximum lift. This wing is going to be a great wing for very heavy riders or riders looking to use their hover glide for various sports including surfing, SUP, and even just running off the dock.

Perfect wing if you're a SUP surfer or just looking to pump across the ocean. This wing can pump for days even on flat water and holds large amounts of weight like SUP boards / heavier riders.

If you are a larger wake foiler (200 lbs +) looking for easy take off at lower speeds behind the boat. 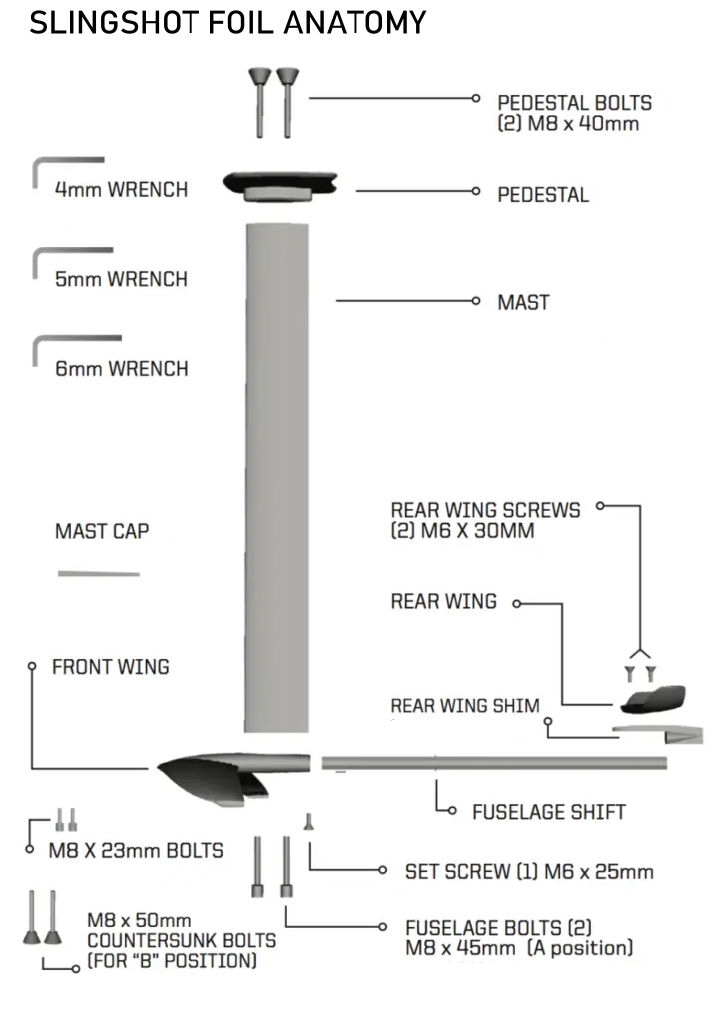 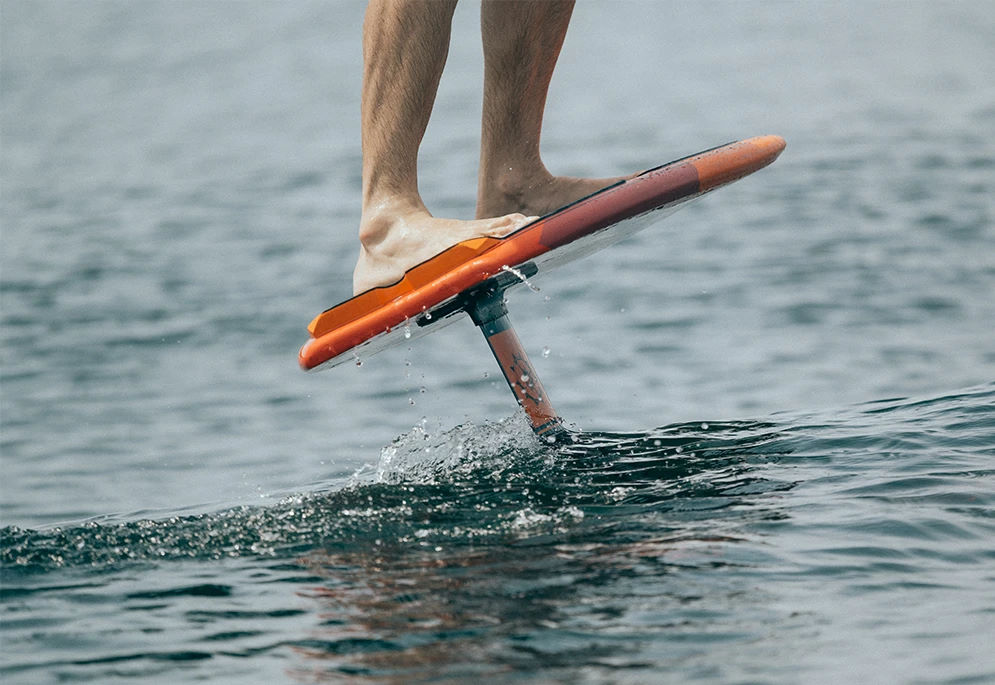 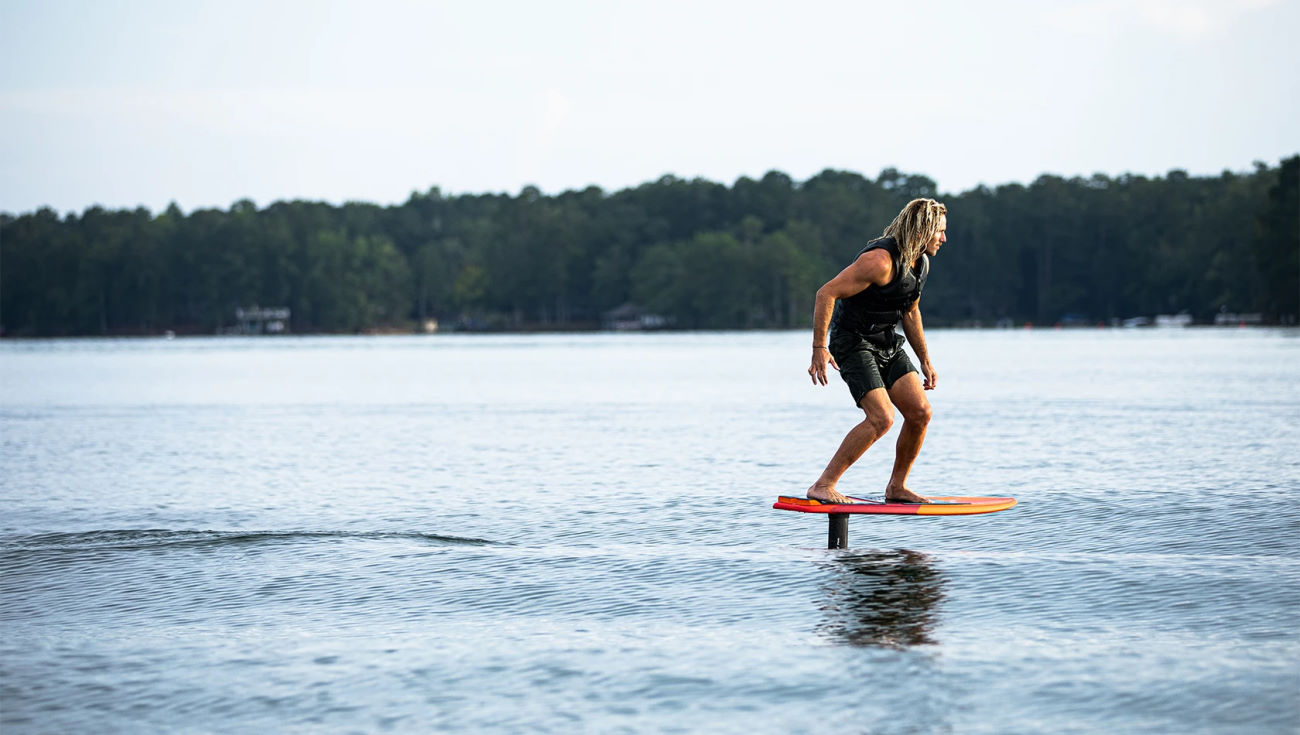