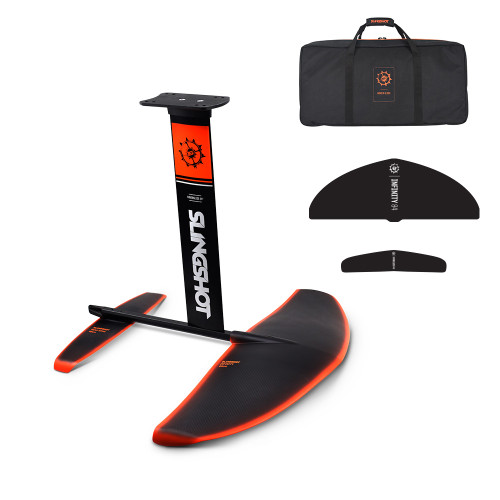 What Slingshot has to say about the Hover Glide FSUP V3:

A big-wing package designed for maximum lift, glide and pumpability - all important factors when paddling into waves or rolling swell on a SUP. The package comes equipped with our Infinity 84 front wing and larger 48cm rear stabilizer. The result is a stable ride with a ton of low-end lift to get you up and foiling as early as possible while still remaining agile and maneuverable as you ride.

A big wing for big dreams. The FSUP package comes with our Infinity 84 wing, which has enough surface area and lift to get you up and foiling on tiny waves, rolling swell, downwinders or with the newest wind-related craze - the SlingWing. Also gives you the most bang for your buck when pumping.

The Hover Glide FSUP foil is built to be paired with SUP boards and carry a larger load when it comes to board weights, but that's not all it does well ... The FSUP is also the go-to foil package for those pump junkies looking to take a lap around their pool, dock starting, and pirating other boat's waves! The FSUP is part of Slingshot's signature Hover Glide foil platform, built with an aluminum structure and outfitted with carbon wings, creating the perfect balance of performance and price. The FSUP foil comes with a 71cm mast - increasing the responsiveness of the foil and giving surfers a larger range from the foil to the board - ideal for getting more distance out of each "stroke" as surfers pump the foil to maneuver between waves or across flat water. Finally, the FSUP is outfitted with the Infinity 84 cm wing which has the largest surface area to feed off the smallest amounts of wave energy, support the heaviest of riders and boards with ease, and be able to keep riders flying at the slowest of speeds. 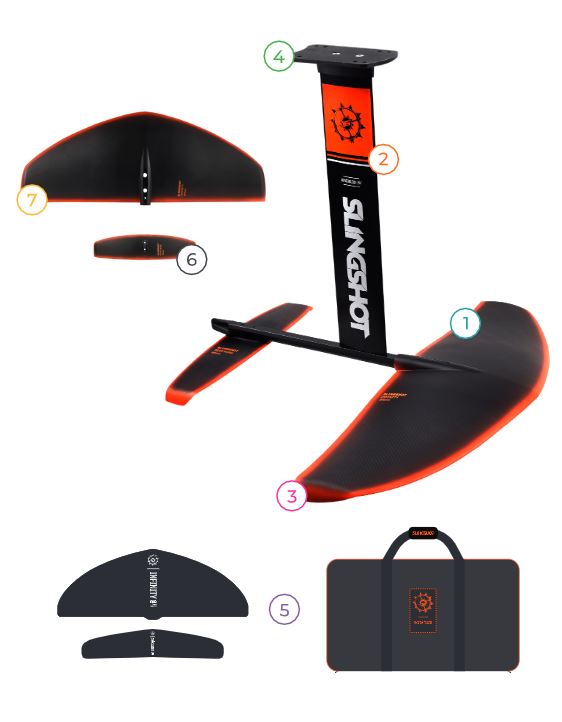