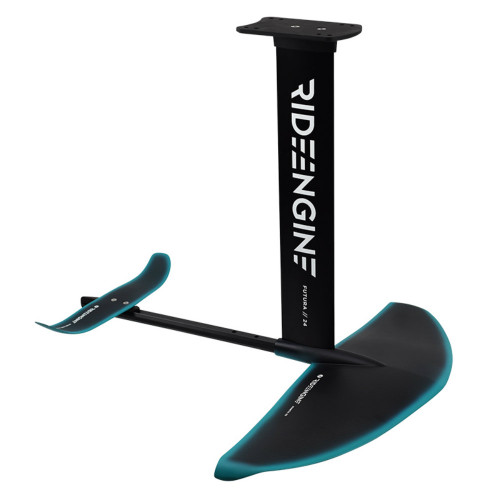 The new Ride Engine Futura Surf Foil features the Manta 76 wing. With its hefty surface area of 1534 cm², the Manta 76 is a high lift, stable wing that provides early take off. Its inverted gull wing shape helps provide that great lift and even features better top end performance than some of the similar foils on the market. The new carbon composite construction features a lighter wing. If you're looking for a versatile surf foil, the Ride Engine Futura may be your ticket!

What Naish has to say about the Futura Surf Foil

The Futura Surf Foil is package is designed to deliver the best of both worlds- plenty of lift and early takeoff for catching even the smallest rolling waves AND enough speed and glide to carve waves without having to continuously pump to keep up. The magic is in the Futura’s Manta 76 wing, which has a large, low-aspect shape that is super stable and user-friendly and an Inverted Gull Wing outline that gives it much better top-end performance than many foils of similar size and surface area.

Slingshot Half Straps (Set of 2)